Master of Scale: How to 10x Electric Vehicle Charging Networks at Low Costs 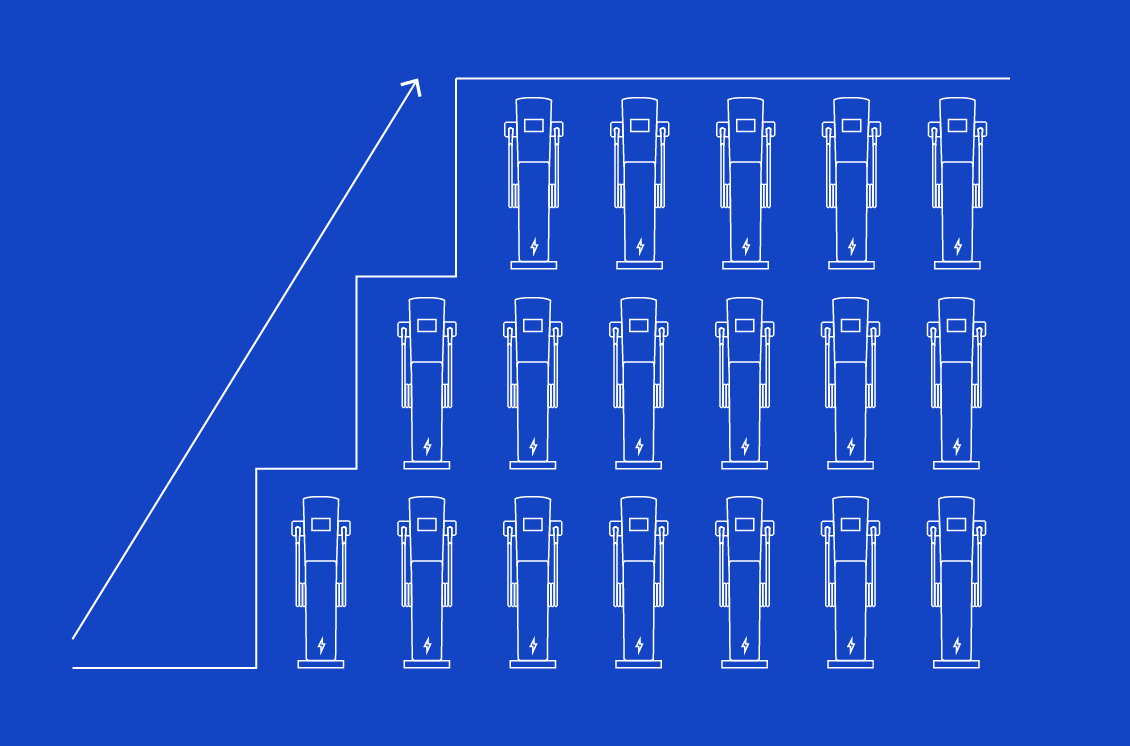 The EV revolution is happening.

More and more governments around the world are pledging to ban sales of combustion engines in the not too distant future.

But are we really ready?

GTM Research forecasts that we’ll need up to 40 million EV charging stations by 2030. That gives us just ten years. Can countries, cities and private investors actually hit this number in such a short space of time?

One thing’s for certain - if we want to serve EV’s in the future, we need to build new infrastructure way faster than we are at the moment. We need to innovate. We need new techniques and strategies. We need to think outside of the box.

As Reid Hoffman (co-founder of LinkedIn) outlined in his Masters of Scale approach, we need to set out some major commandments to build success.
At ampcontrol.io, we’ve set out 3 major commandments to quickly scale up the number of charging stations and to grow a network faster than anyone else.

When it comes to creating a new charging station site, the charging point operators (CPOs) often work closely with the responsible utility company. The utility is responsible for the public grid.

For the construction of a new EV charging site, the CPO provides detailed plans to the utility. The plan is required to include information such as the number and type of chargers as well as the required total power demand (Kilowatt).

The utility companies use a standard process to approve new charging station locations and to connect them to the grid. More often than not, the outcome is that the utility company installs more grid lines and transformers to supply sufficient power to the station.

Preparing the infrastructure in this way can take a long time, often 12 months. This is frustrating for the CPO, as often the station is already built and ready-to-run. The consequences of this delay are:

To avoid this problem, action needs to be taken before construction begins. Which brings us on to the first commandment:

CPOs should evaluate early on in the process if they can prevent grid construction.

In other words, they need to calculate power demands and see if the current grid infrastructure can meet them.

Also, the Project Manager should identify whether managed charging can help to avoid possible delays.

The primary goal is to avoid postponed approval with predictive technology. Smart charging software can keep delays to a minimum. Smart charging frees up their own staff and contractors, making them available for new projects, which helps to scale up quickly.

Imagine a situation where a company plans to install twenty Level 2 chargers at a new charging site. There’s a buzz of excitement in the company. A press release is hastily written up. Expectation is high.

But, the site needs massive upfront investments. We’re talking about charging station hardware, grid lines, interconnection to the grid, a new transformer to increase capacity, and so on.

While this is all going on, the sales rep comes up with a new potential project. But waiting to raise capital for the current job becomes a hurdle.

What this shows is that high investments not only slow down the process for customers, but can also set limitations when the CPO has to pre-finance projects. In this example of 20 new charging points, grid interconnections and gridlines can easily add up to over $400,000.

Investment is necessary and doesn’t always need to be a problem. However, it can be risky for companies to grow too fast without external investment.
Company leaders may find it difficult to balance existing projects and finding new capital and investors. Revenue from active sites is often not sufficient to finance the new, bigger projects.To scale a network fast, using smart ways to reduce CAPEX can lead to more flexibility and being able to install more locations with the same capital.

3.  Control the risk of operation

Ok, so the CPO has finished a site and the first customers are happily using the EV chargers. That means the CPO can start on the next project, right?

Well, it’s fair to say the statement isn’t 100% correct. Yes, the company can begin to manage the next project. But, they’ll still be overseeing the early days of the completed operation.
The thing that increases growth rapidly is to increase revenue and profit generated by existing charging events. That’s where the main focus should be. The extra cash-flow generated will help the CPO to increase their network faster than competitors.

As discussed in a previous article, demand charges lead to high monthly costs (OPEX), which leads to lower profit.

At ampcontrol, we have seen sites with untapped potential. Potential that can be leveraged with the right peak load management. Managing the peak load reduces the OPEX and brings new cash flow to re-invest in the CPO’s charging network.

Electric cars have a positive impact on our planet. Even though the electric grid is not yet carbon-free, we are getting closer to it.

Companies that want to be successful need to analyze how well they obey these 3 commandments.

We have seen many charging point operators (CPO) that are limiting their growth and slowing down construction by neglecting to consider the benefits of smart charging. 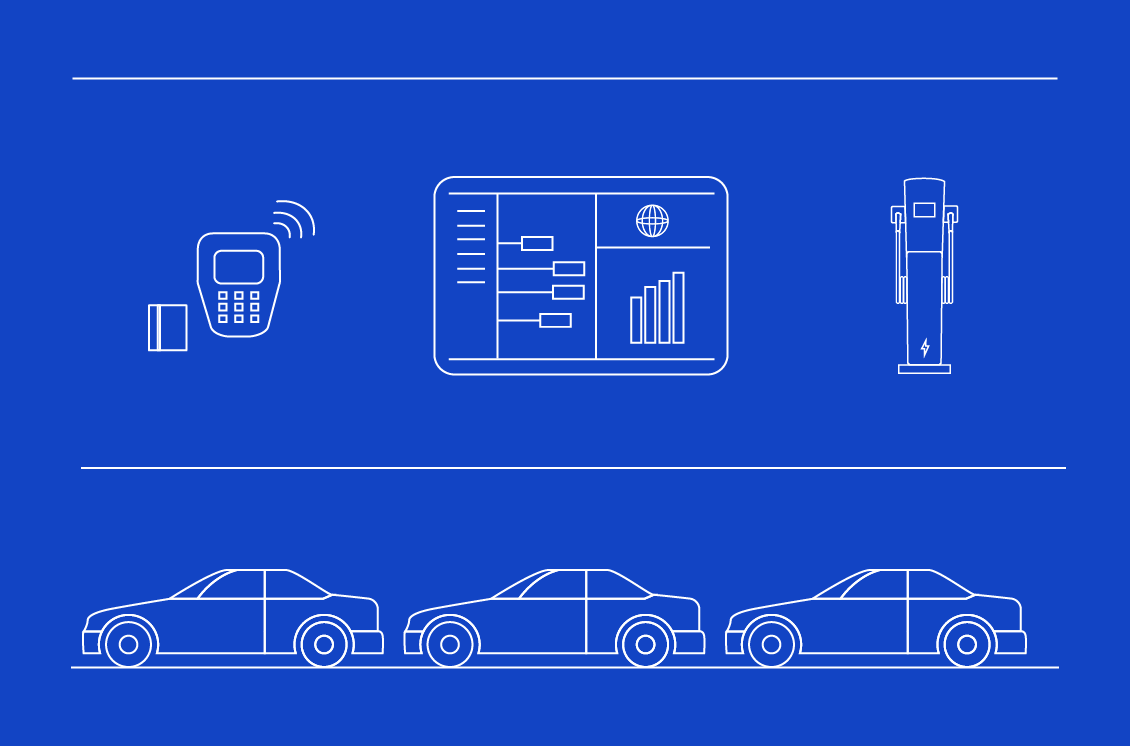 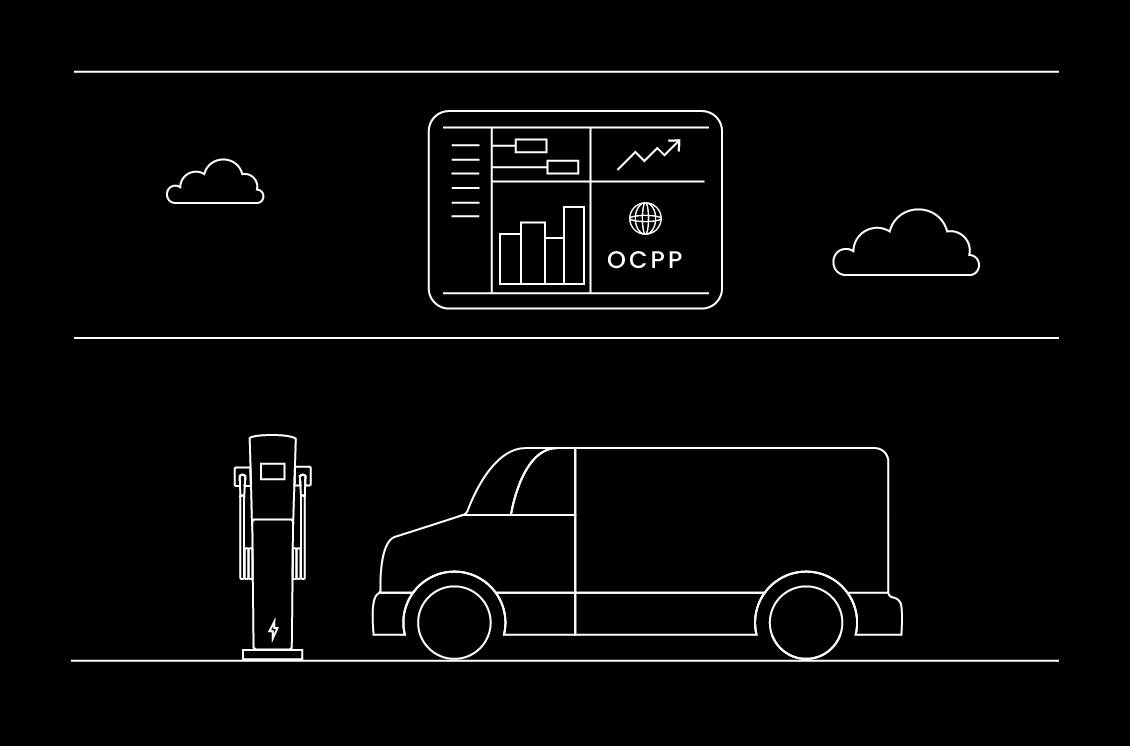