An entire ecosystem to help you solve challenges with EV charging. 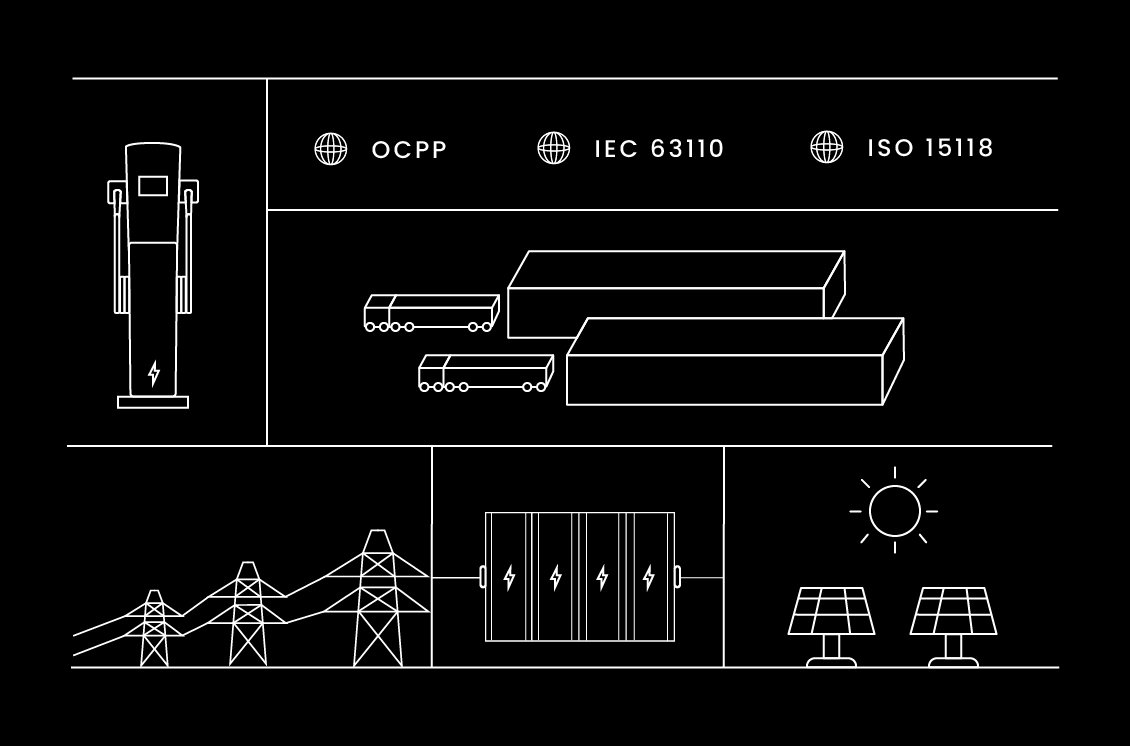 Learn how to operate your electric fleet using V2G (Vehicle to Grid) events, and how to integrate them to your chosen standard: OCPP, IEC 63110, or ISO 15118. 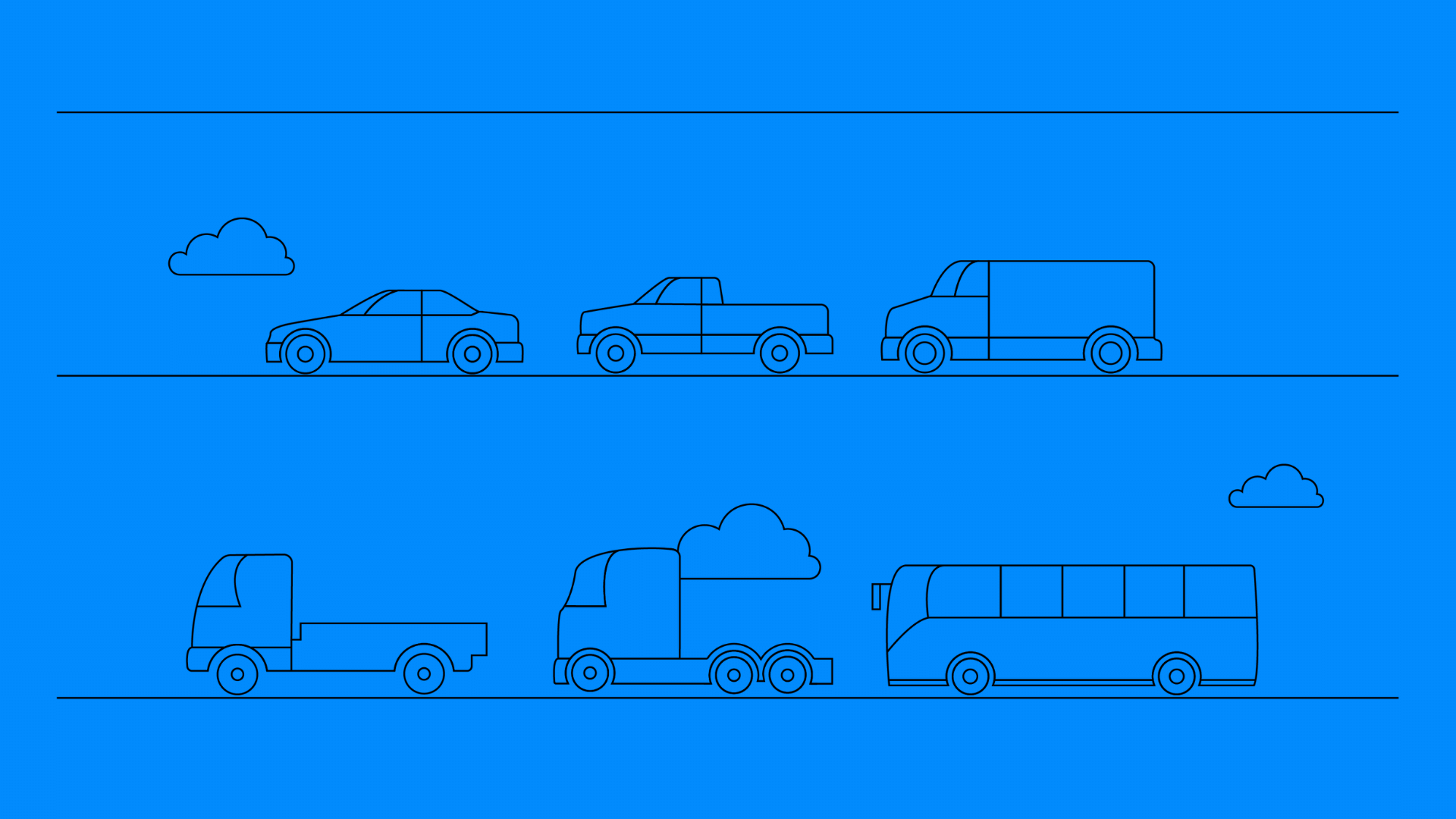 The Future of EV Fleets: 4 Examples of Fleet Electrification and their Challenges

Fleet electrification is one of the leading trends in the EV market. Here, we take a look at 4 electric fleet cases, and how to use smart charging to optimize them.

Stay Up to Date
Don’t miss updates on smart charging, EV technologies, and more.
Thank you! Your submission has been received!
Oops! Something went wrong while submitting the form.
EV Market 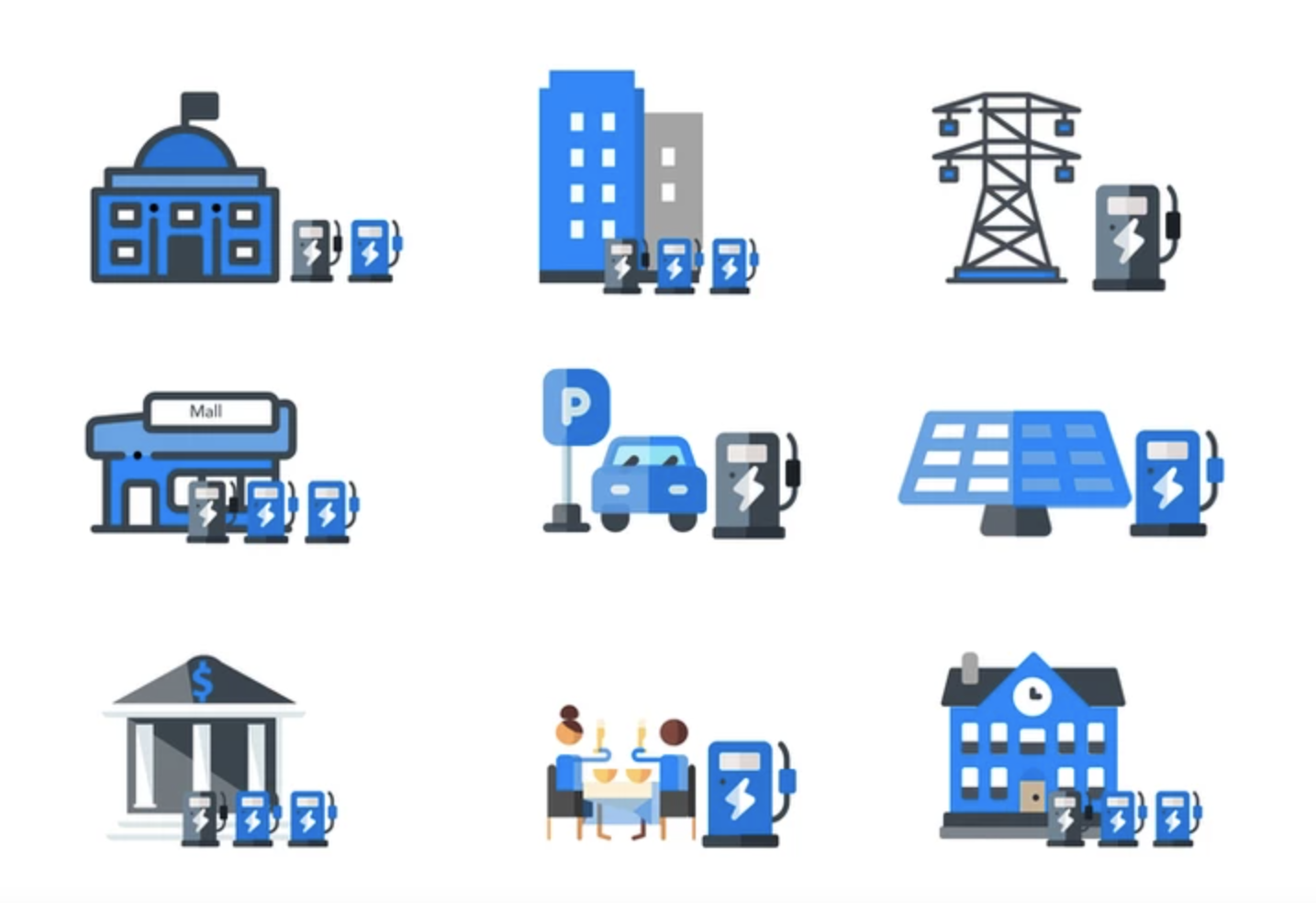 2019 was a lively year for the topic of active managed charging.

There were several news items and reports released that brought the principle of active managed charging to the forefront.

For example, SEPA published a new guide to electric vehicles, in which they reported that there will be 20 million new electric vehicles (EVs) on the road, in the US, by 2030. This represents the most significant new electric load on the grid since the rise of air conditioning in the 1950s. Therefore, active managed charging is being held up as a possible solution to the problem of overloading.

The main reasons for the increasing numbers of EVs are things such as reduced energy supply costs and the benefit of carbon emission reductions. This, of course, relies on charging that makes use of renewable energy generation.

Our last article highlighted some of the main events of 2019 for EV charging - Amazon electrifying their fleet, London aiming to become EV only, and New York initiating a curbside charging project.

But what can we expect in 2020? Which use-cases will stand out as the most exciting ones and get the most traction?

Here at ampcontrol.io – Smart Charging plug-in for charging point operators – we work alongside and talk with utility companies, charging point operators and fleet operators, every day. From those discussions, we’ve gained a fairly good idea of where the next trends will be. We’ve narrowed them down to, what we consider to be, the top three most important use-cases for Smart Charging in 2020.

A few major fleet operators have already begun to electrify their vehicles, but many have only just announced their plans to do so.

Vattenfall has the most ambitious goal of the initiative, in terms of timeframe at least. The company has set targets to transform its fleet of 3 500 light-duty vehicles to 100% electric by 2022, as part of its goal to be carbon neutral by 2050.

But there are two main challenges facing companies that own thousands of vehicles if they want to electrify them:

The first challenge will be answered by car and truck manufacturers. For example, Daimler has announced that the fully electric eSprinter will be produced soon in Düsseldorf, Germany.

When it comes to the second challenge, companies are still searching for the right answers and the right approach for their charging infrastructure.

The problem is that most energy providers limit the power that flows into a company’s depot location. The original grid connections did not anticipate that in the future companies would be looking to convert hundreds or thousands of diesel or petrol vehicles to EVs, thus requiring 50 or more charging stations.

Companies are faced with a choice:

For most companies, it’s going to be a no-brainer. Smart Charging makes both financial and environmental sense. It also causes less disruption to operations during installation.

The benefits of Smart Charging can be seen in the statements of the International Renewable Energy Agency (IRENA) who said that solutions such as nighttime charging are one of many possibilities for EV fleets to avoid peak-demand stress from fast and ultra-fast charging. They also stated that EV fleets can create large units to store surplus energy at times when renewable electricity generation exceeds demand.

Ok, so workplace charging may sound similar to the electric fleet charging we mentioned earlier. However, in this context, workplace charging refers to the provision of cheap or free charging facilities for employees. Increasingly, companies are viewing this as an important benefit for employees and a way to contribute to the efforts to reduce greenhouse gas emissions.

For instance, Audi just announced that an investment of $111 million will be used to install more than 4,500 charging stations at its German plants by mid-2022, for employees.

Workplace charging provides an ideal opportunity for Smart Charging, as employees often arrive between 7 and 10 a.m., and leave between 5 and 7 p.m. The average stay time of an employee is 8 hours, and the average commute is 26 minutes, meaning most EVs won’t charge much more than 15 kWh. In this scenario, the Smart Charging system algorithms will have enough flexibility to schedule the charging event to the best time.

Instead of a massive demand on power first thing in the morning when everyone arrives for work, Smart Charging can destress the peak consumption by distributing charging events over the 8 hour window. This also allows charging providers to fall in with the demands of  some governments to promote EV charging during the time when most solar energy is generated (Hawaii, for example).

Real estate companies have one important challenge when talking about electric vehicle charging infrastructure: projects have a long planning stage.

It can take several years for construction work to get started, with several planning phases beforehand. The delay is caused by the number of permits that need to be obtained. Also, the construction can’t start until all the different project stakeholders agree on contract terms, which can take a long time to negotiate.

For these reasons, even newly constructed condominium and apartment buildings often lack charging facilities or contain rushed facilities that were added at the last minute. This means that it’s unlikely that the energy provider or utility company will have issued a permit for additional grid capacity.

Another challenge is that in big cities such as Berlin, New York or Paris, adding charging stations to apartment buildings can often cause time-consuming construction works and extra investment from the owners.

Fortunately, similar to workplace charging, typical charging events in residential areas are often very flexible. For instance, most events start between 5 and 9 pm. As the car is usually connected to the charging equipment right through until the morning (6 to 9 a.m.) this gives an average flexibility of 11 hours to schedule the charging event.

Residential companies need to start planning in charging stations as a standard feature, especially when you consider that half of all millennials would like to buy an electric car. Real estate companies will increasingly consider Smart Charging as a good way to attract new tenants and possible buyers

The next 12 months will be exciting to see which markets will adopt Smart Charging. It’s highly likely that the three use-cases we mentioned will be relevant over the next year. Especially with the recent announcements of some big car companies.

For example, VW committed $50 billion, and GM and Ford are restructuring their business around electric cars. We expect that new vehicle models will increase the need for Smart Charging. In other words, as the EV revolution grows, so will Smart Charging.

Get updates on Smart Charging, Artificial Intelligence, and electric vehicles.

Thank you! Your submission has been received!
Oops! Something went wrong while submitting the form.

Learn how to operate your electric fleet using V2G (Vehicle to Grid) events, and how to integrate them to your chosen standard: OCPP, IEC 63110, or ISO 15118.

EV Fleet Operation
The Future of EV Fleets: 4 Examples of Fleet Electrification and their Challenges

Fleet electrification is one of the leading trends in the EV market. Here, we take a look at 4 electric fleet cases, and how to use smart charging to optimize them. 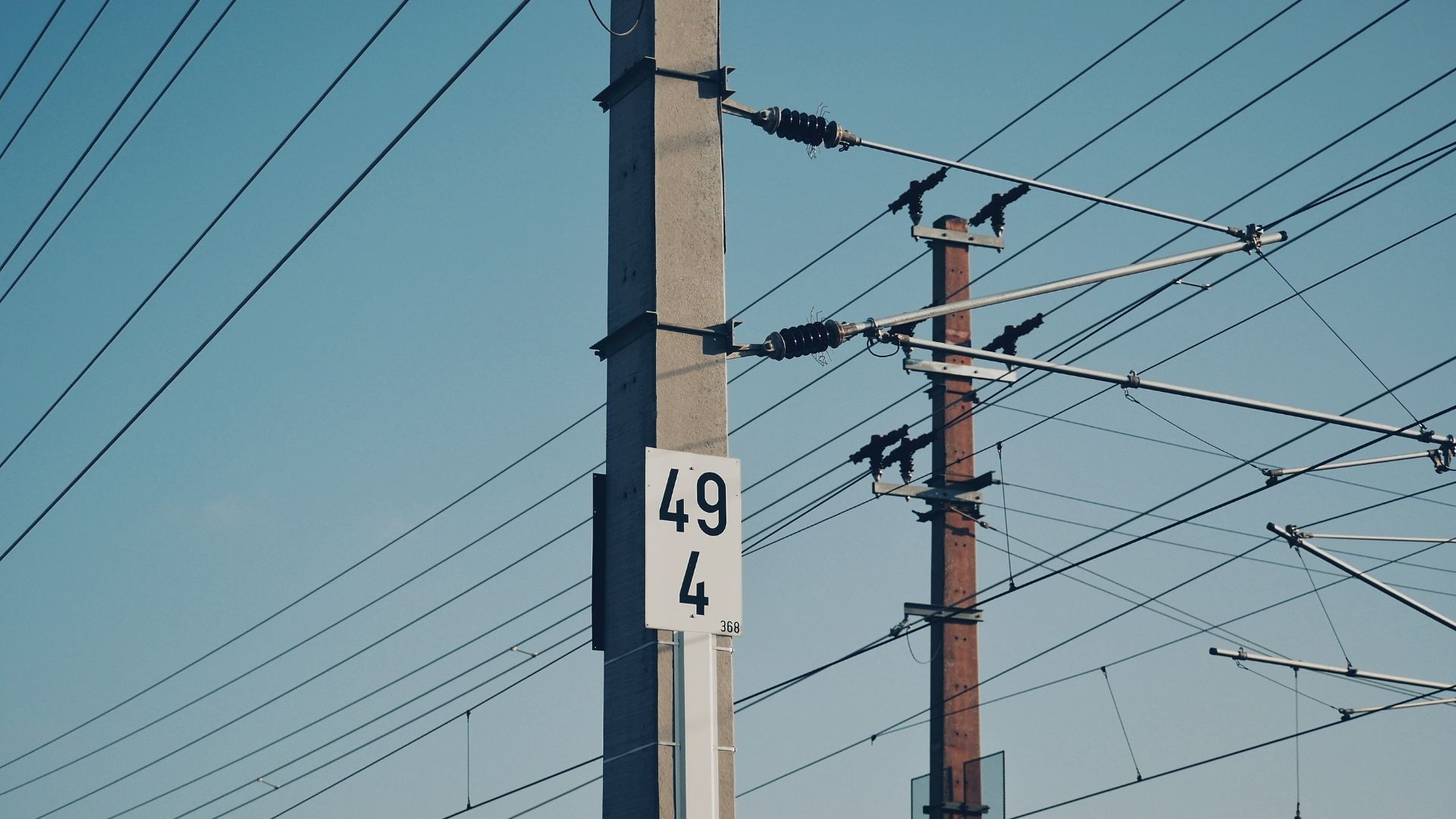 EV Charging Technology
Are utilities ready to cope with the EV boom?

Utility companies face challenges with the increasing number of electric vehicles. How utilities can use smart charging to optimize the electric grid?